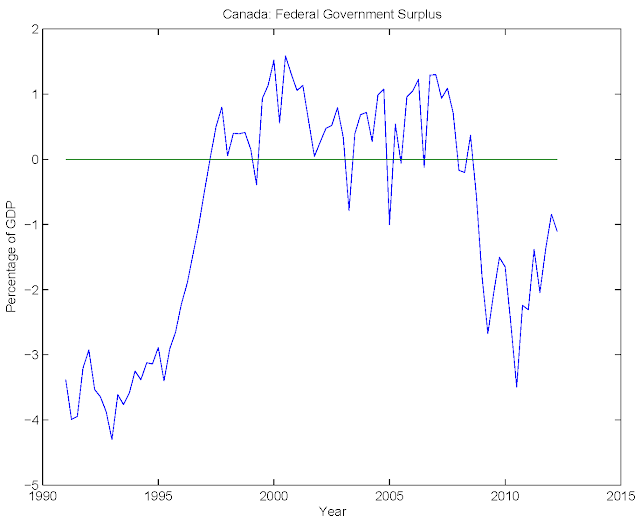 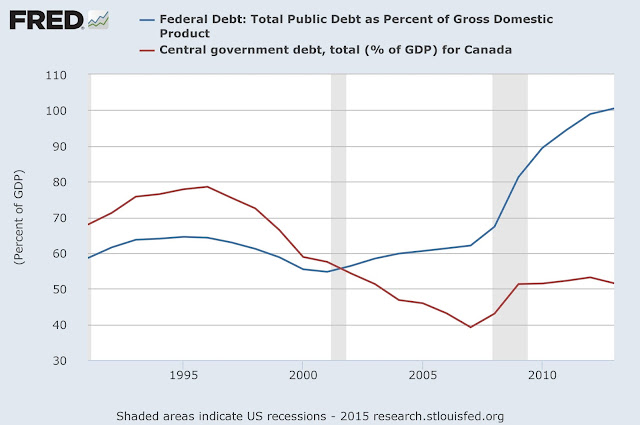 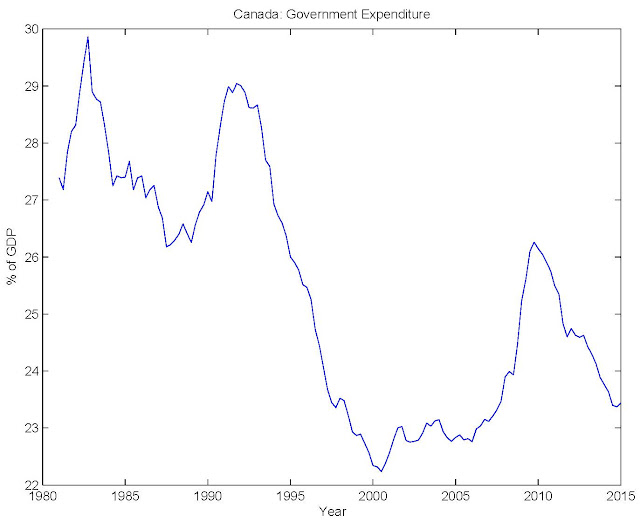 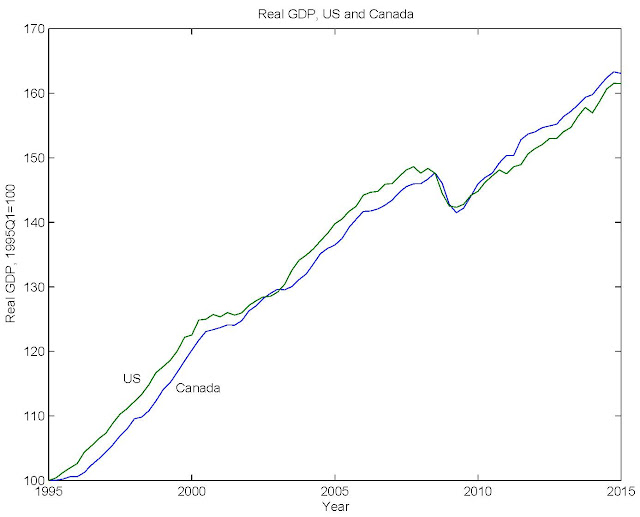 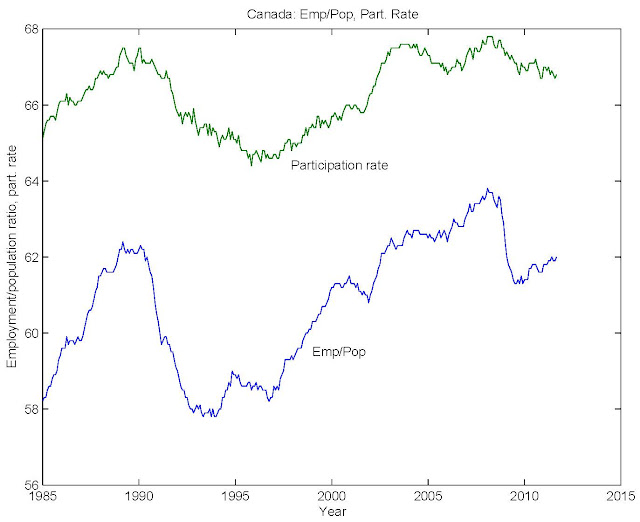 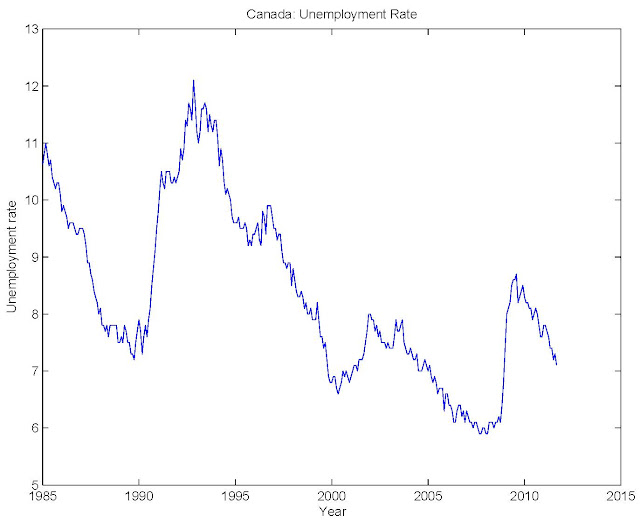 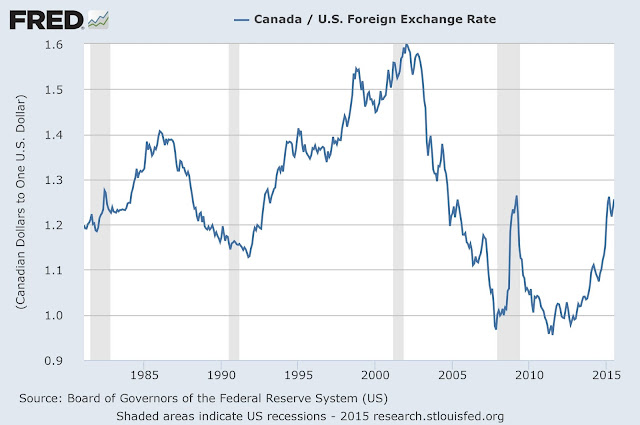 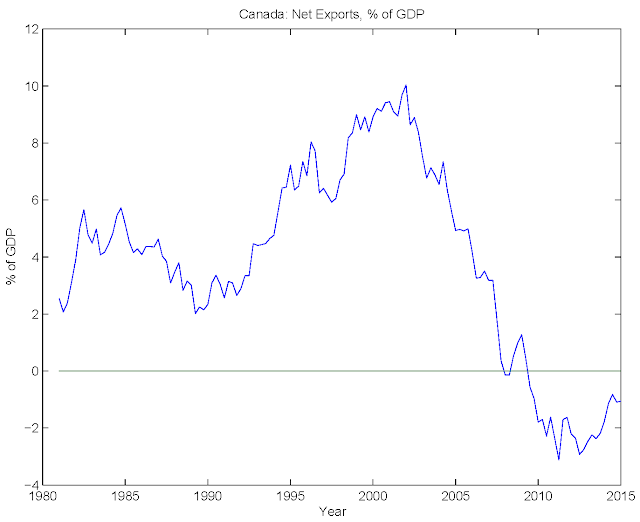 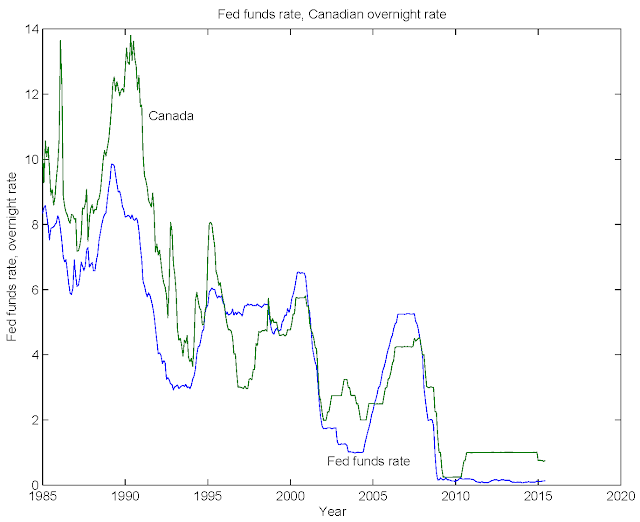 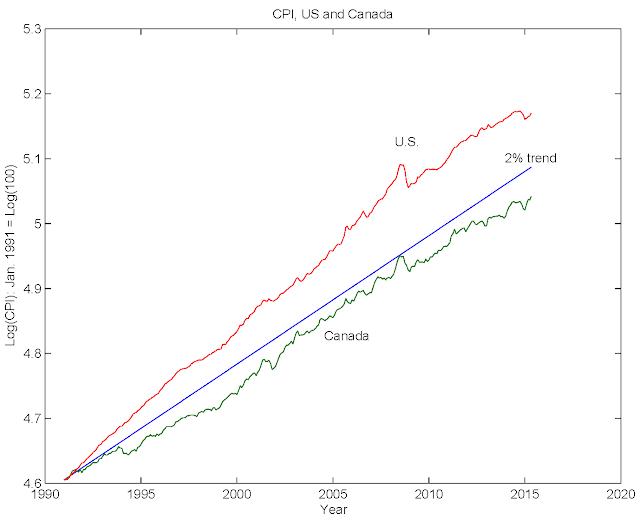 What are we to conclude from this? Post-1990 Canada certainly looks like a country with successfully managed fiscal and monetary policy. The federal government brought fiscal policy under control and reduced the burden of government debt, and the central bank adhered to its announced inflation target. How did they do it? In the 1995 federal budget, some well-liked social programs, including government health care, remained more or less intact, and cuts were made in a politically palatable way. Of course, it didn't hurt that the U.S. economy was booming at the time. Are there lessons that we can translate to Greece in the current era? Only the obvious I think. Political stability and good government are important.
Posted by Stephen Williamson at 9:31 AM 52 comments: