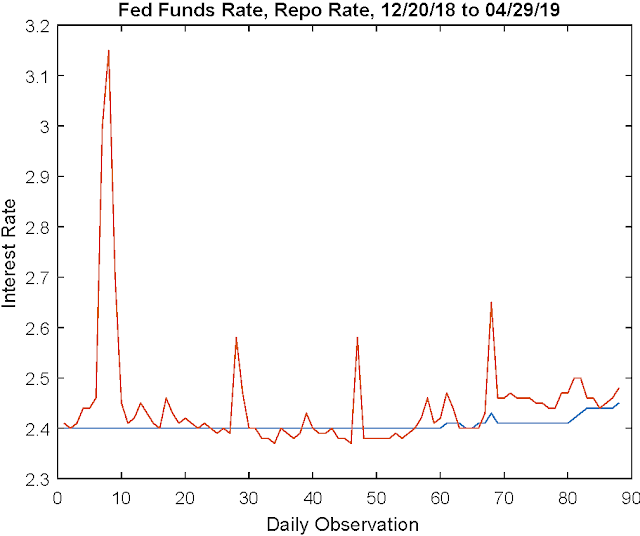 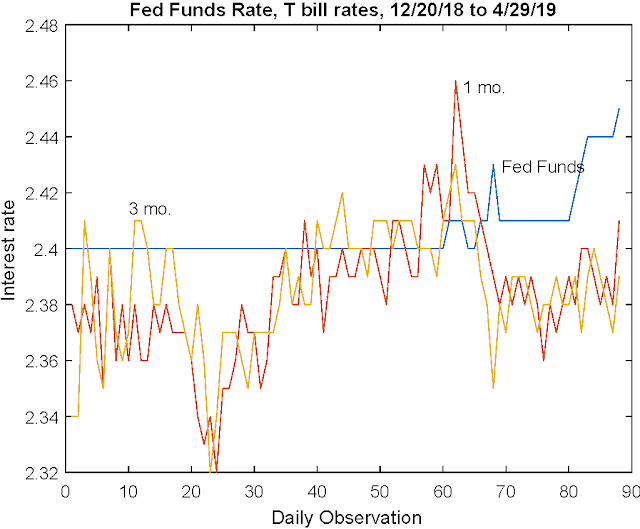 This then raises two questions: (i) Why the focus on the fed funds rate? Most central banks target a repo rate. (ii) Why the large balance sheet? The floor system isn't working.
Posted by Stephen Williamson at 7:54 AM 2 comments: