All Mathy and No Place to Go 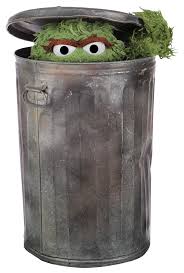 If you're having trouble understanding Paul Romer's elaborations on mathiness, this post from last week probably won't help much either. As Romer admits, he's fighting mathiness with wordiness, and for me the words aren't always making sense.

Here are some of the words which seem to be at the heart of his argument, which is a response to David Andolfatto's post:

The provably false statements that economists like Andolfatto make (and he is certainly not alone) may be more than mere signals. They might be an irreversible commitment to stay at an institution where his club is already in control because they prevents someone from ever being employable at a competitive institution where logic is still valued.

I read that several times, and I think I'm closer to understanding it than after my first shot at it, but I'm still not quite clear on what Romer is trying to say. Let's work through this:

1. "The provably false statements that economists like Andolfatto make..." Andolfatto made some statements. They are "provably false" statements, which would be a bad thing if it were true, especially if David knows they are false. Then David would be a liar of course. Further, there other economists "like Andolfatto" who are doing the same thing. He's apparently a member of an identifiable group of economists who are doing something systematic, perhaps knowingly making false statements. Potentially we have a group of lying scoundrels on our hands.

2. "...may be more than mere signals." So making false statements is a signal of something, according to Romer. If you have been reading Paul's missives, you'll know that a "provably false statement" is a signal of a general state of "mathiness," an affliction - indeed, potentially a conspiracy to deceive - whereby the perpetrators subdue unwitting readers with a torrent of impenetrable math designed to cover up poor economics.

3. "They might be an irreversible commitment to stay at an institution where his club is already in control..." The institution is the place where Andolfatto and his ilk work, apparently. There may be a club controlling the place where he works, and possibly David has made an "irreversible commitment" to stay there - on the scale of a pact with the devil. David went down to the crossroads, and came back playing some serious bottleneck guitar, but at what cost?

4. "...because they prevents someone from ever being employable at a competitive institution where logic is still valued." This is the cost. Make "false statements" and you're stuck working where you're working now, because people who work in places where "logic is still valued" won't hire you.

Well, as far as I can tell, Paul Romer's drive for an eradication of "mathiness," and his support of "truth," and "norms of science," has little to do with valuing logic, and everything to do with Paul's own professional disputes, which are really of little interest to most of us. It's nice that people have an opportunity to discuss the economics of growth and innovation, which is fundamental in economics - though we perhaps have not progressed as far as we might have hoped in understanding it. But Romer's conspiracy theories are an a par with grassy knoll theories. Start probing, and there's nothing there. In particular, there are no falsehoods in Andolfatto's blog post, as far as I can tell. I disagree with David on a daily basis, but he's one of the more honest and un-clubby economists I have known in my professional career. How many other economists attach their names to their referee reports?

So, my advice for Paul Romer is to lighten up. I think he would rather be remembered for his fine early-career research on economic growth than for late-career grumpiness and nastiness.
Posted by Stephen Williamson at 12:43 PM