David Andolfatto draws some useful comparisons between Canada, 1990-1999, and the U.S., post-2008. As he points out, Canada experienced a decade-long slump in the 90s which featured a depressed participation rate and employment/population ratio. It's useful, I think, to show how this experience was different from what we're seeing now in the U.S. 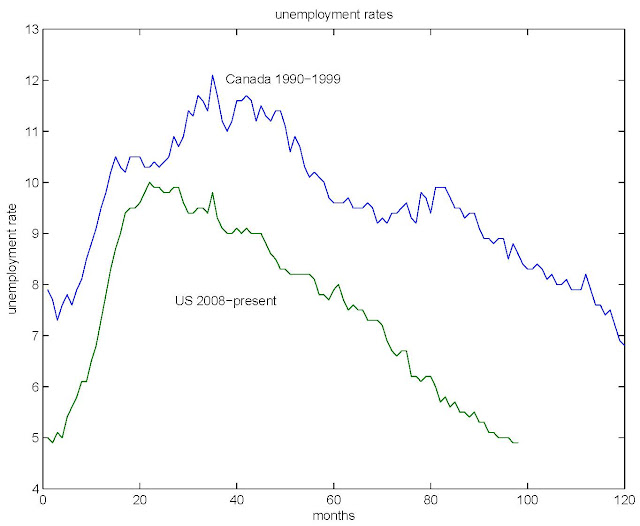 So, for the Canadian slump, the unemployment rate took about 40 months to reach its peak, vs. 20 months in the U.S., but from the peak in unemployment, it's about 80 months until the slump is over (i.e. unemployment is back to its pre-slump level) in both cases.

Next, let's look at the unemployment rate and the participation rate in Canada, 1990-1999 (deviations from the mean in the sample, to highlight what is going on): 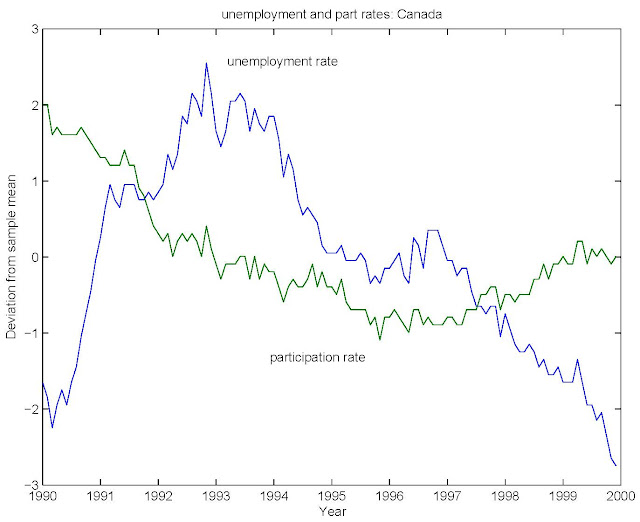 Note that the participation rate bottoms out and begins increasing about 3 years after the unemployment rate reaches its peak. 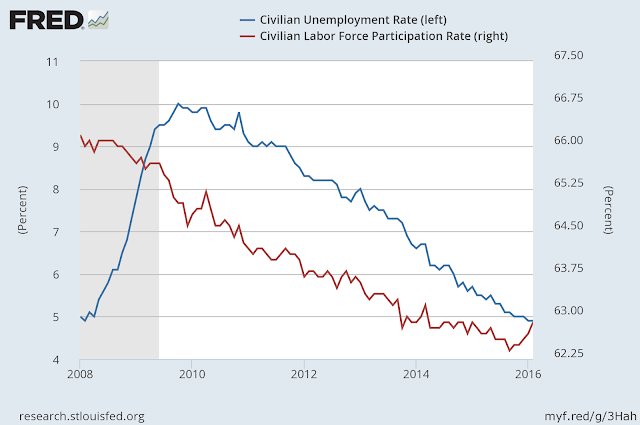 In this case, the unemployment rate peaks in October 2009, but three years later the participation rate was still falling. Indeed, we can't say for sure whether it has stopped falling, even though the slump is over. There's a recent upturn in the participation rate, but the time series is noisy, so it's not clear whether this will be sustained. 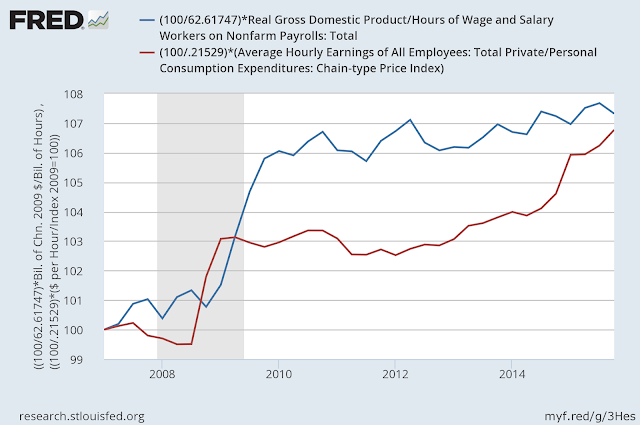 You can measure both in some different ways. What I've done here is to take hours of payroll employment divided by real GDP as my average labor productivity measure, and the average hourly earnings of private non-farm payroll employees, divided by the pce deflator, as my real wage measure. You can see that average growth in productivity and the real wage have been about the same since early 2007. So nothing funny going on there, apparently.

Another interesting feature of the data is what is going on with the long-term unemployed. Here's the number unemployed 27 weeks and more as a percentage of the labor force: 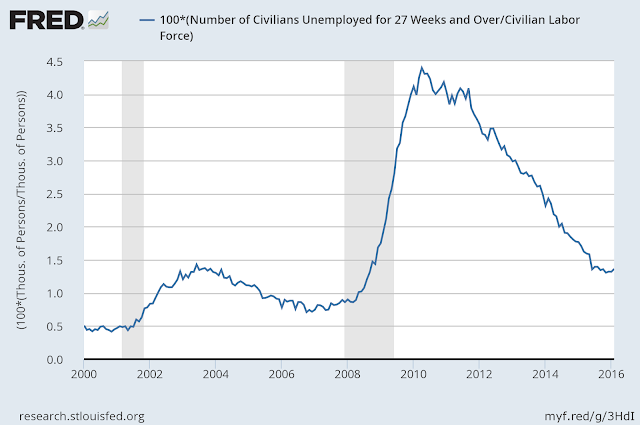 That's still high relative to recent history, and represents a little less than one third of total unemployment. So, we currently have an unusually low number of short-term unemployed and an unusually large number of long-term unemployed in the U.S. And the long-term unemployment rate appears to have leveled off and is not budging. So, if if the long-term unemployed are not finding work, it's hard to see how discouraged workers who left the labor force are going to have an easier time of it. My best guess is that what is going on is related to mismatch (between the demand for skills and the skills people want to supply), and it will take higher productivity growth (and thus higher real wage growth) to induce a sustained increase in labor force participation.
Posted by Stephen Williamson at 2:03 PM